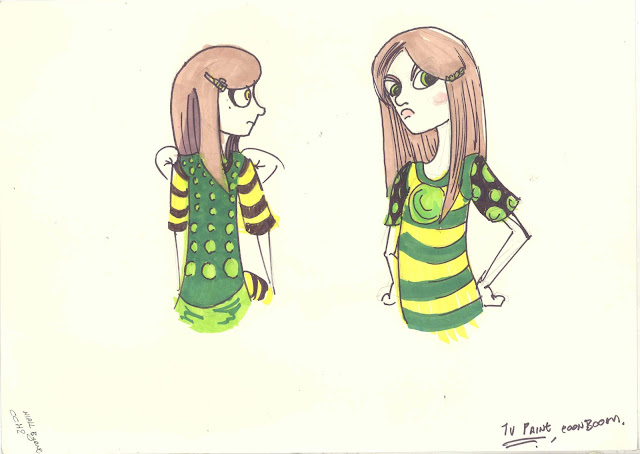 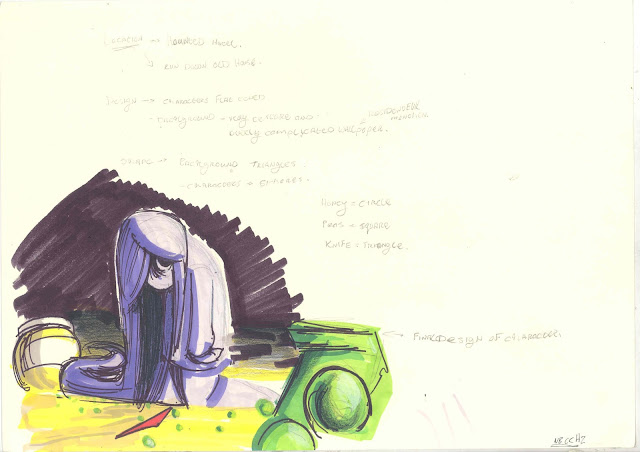 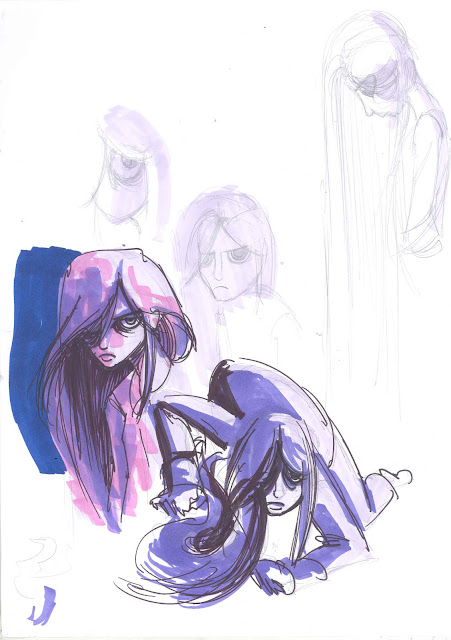 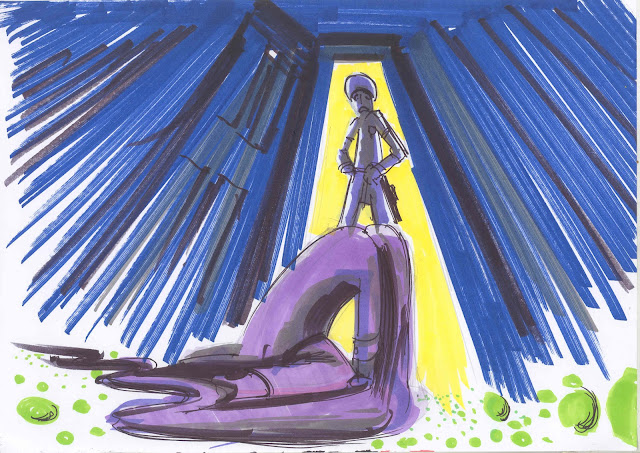 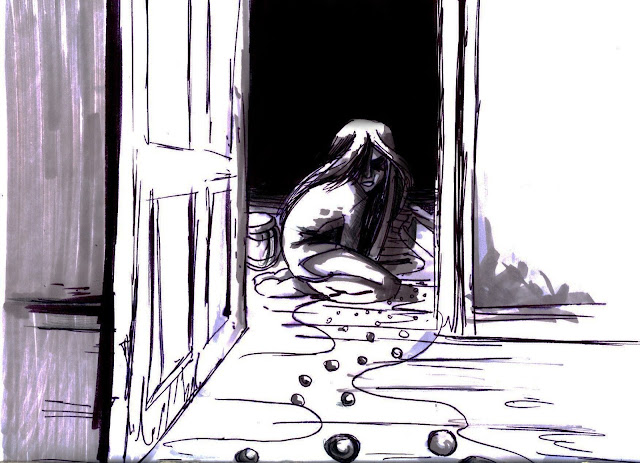 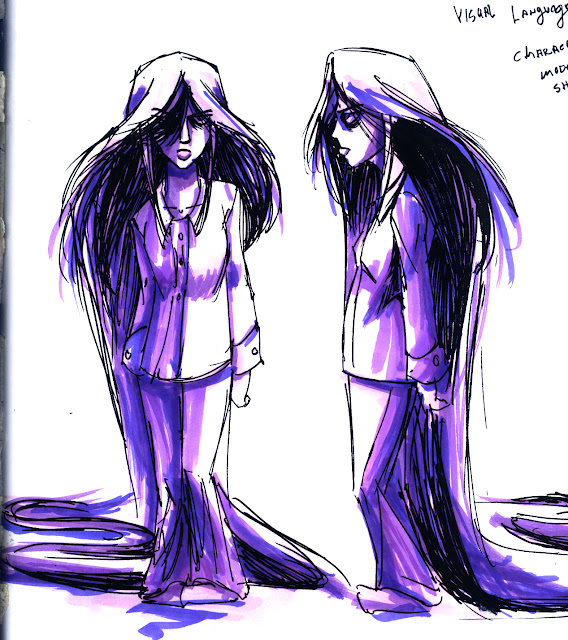 In my visual language project I was given a poem titled "Peas and Honey".  I used the idea of the peas and honey to design a girl character with clothing that were designed after peas and honey.  I then looked into colour and tried the up the punch of the bright green and yellow, so i used purple and that made the idea alot dark as i kept punching the idea of purple which led to the the final creepy character at the bottom i will be upoading the animatic later.
Posted by Niall Byrne at 06:04:00

I think your back-up work is a lot stronger then what I had. I'd like to see this made into a film. :)