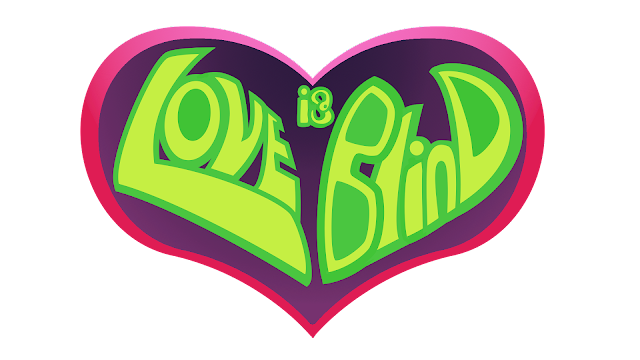 "Love is Blind" is the Title of the new Student film that I have been working on since September.  Its my final Year film and am in the middle of the production.  Its about Medusa trying to find love, that is all I'll say for now.  Below is some of the concept art and model sheets of the character. 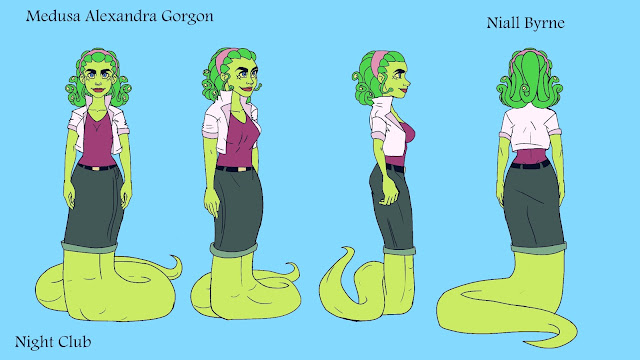 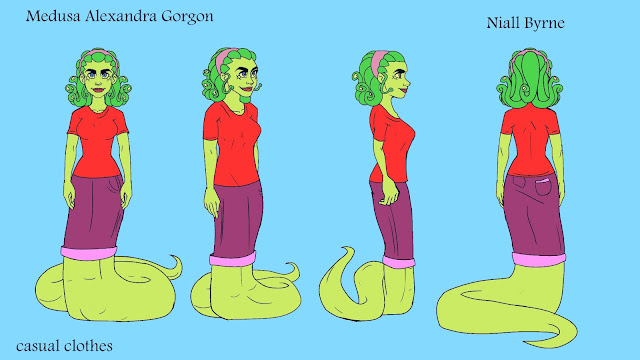 Her tail is not quite right but its just to show how long her tail is. 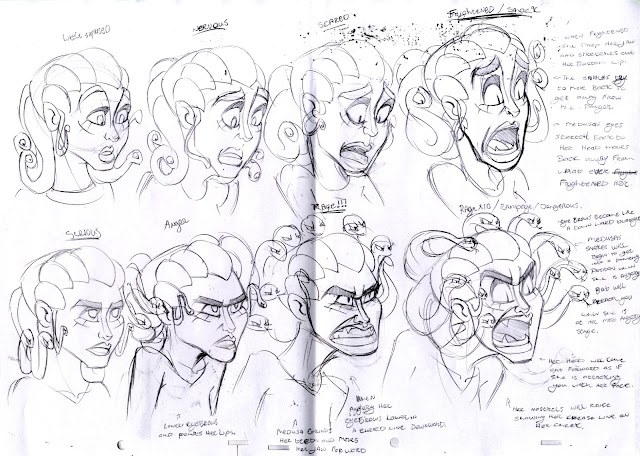 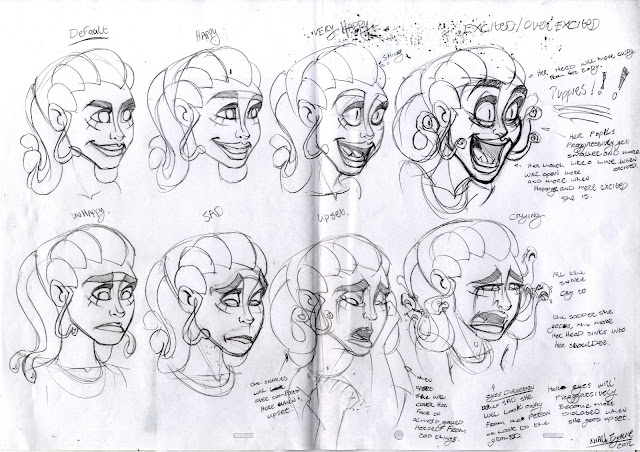 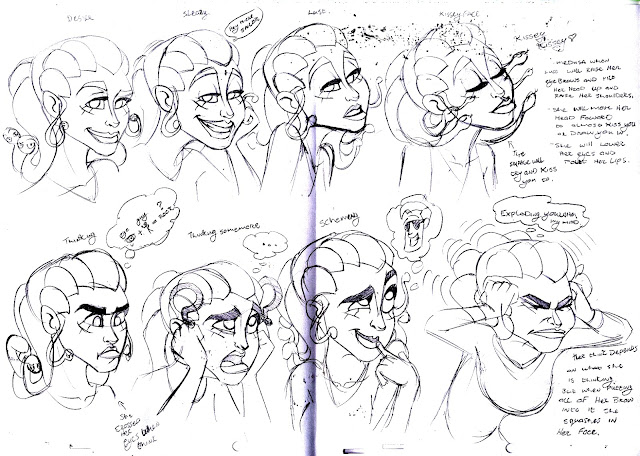 These are her facial expression. 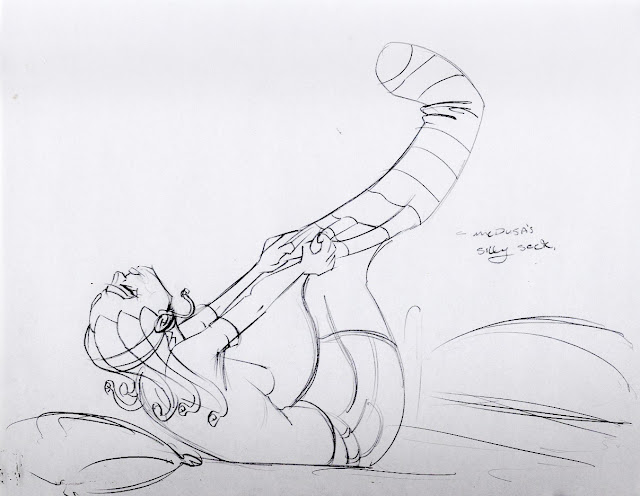 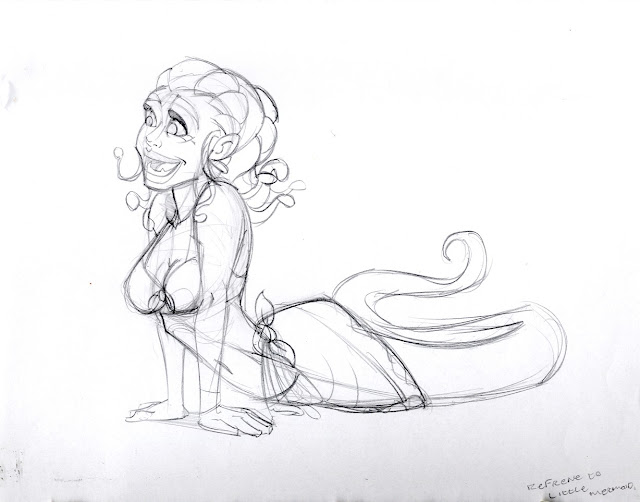 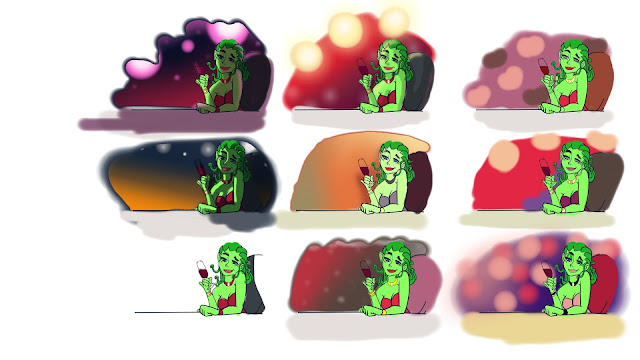 This is some lighting and colour. 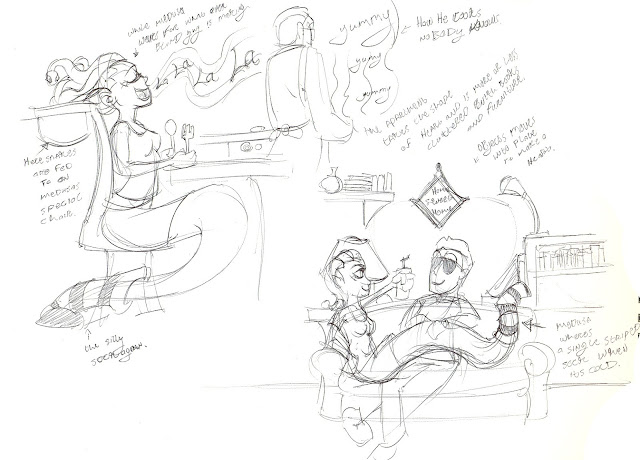 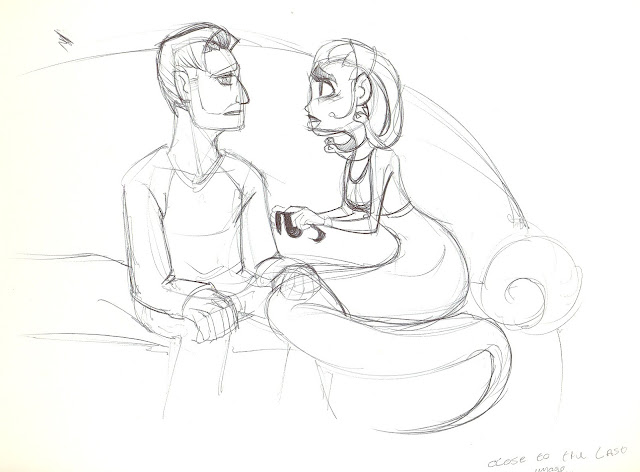 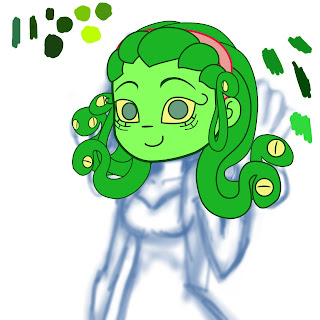 This is the very first sketch of the character, I was thinking of doing it in Flash, but i don't know flash well enough to make a film so I changed it to suite the animation and also the age group of the viewers. I'll be putting up more in different posts so check them out to.  There is a lot more concept for this film that i will share.
Posted by Niall Byrne at 03:54:00