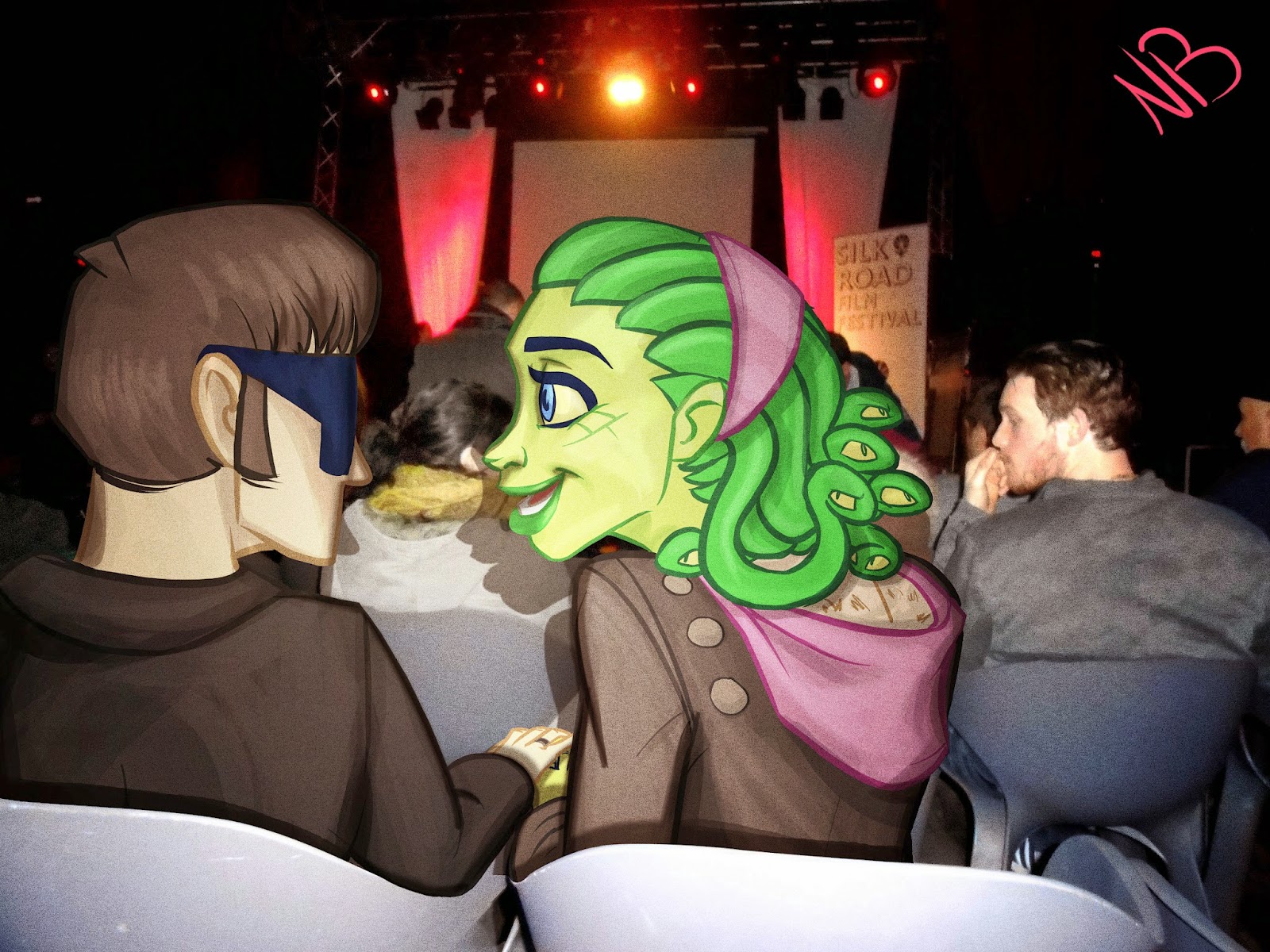 Love is Blind was shown in the Silk Road Film Festival on the 23 of march 2014.  lots of people showed up and the film got lots of laughs.  So I illustrated this image of Medusa and Ti in the photos of the festivals.  Unfortunately I didn't have a camera for the Film Fleadh so I though I'd start with this festival with my little sisters camera,  I kinda wanted to do something Like this for a while now.  I used photo show to impose Medusa and Ti into the photo, giving them more fleshed out Lighting and shadows to Make it look Like there in the Shot and added a little film grain and a tint.  It was very difficult to do this because to the flash of the camera but hopefully you like it, I'm definitely gonna try to do more soon so stay tuned.

Hahaha, this is hilarious. Love it!