Mawile vs Charizard from Niall Byrne on Vimeo.

This is a animation test I did in flash and comped in after effects.  It is more of a test to see what I can get out of working in flash and learn the program better.  I want to make a collection of these animations for a while so that there is more animation on my blog.  I'll be picking out all the mega pokemon and giving them a battle animation of some kind, the newer ones will be more cinematic than this one which is kinda flat.

the reason why I started with these two is because they are the ones I use in the game the most, well I all ways use mawile, I love her mega form and its the strongest pokemon in the game.

This is the second pass rough of the animation and the rough is frame by frame of the animation. I then did the final line for the characters using the symbols and everything the get it done quicker.  Almost everthing was broken up into different layer because of charizard alone.  He breaths fire and has an constant fire on the tip of his tail, but mega Charizard slow has fire coming out of his mouth to, all of which needed to be animated. 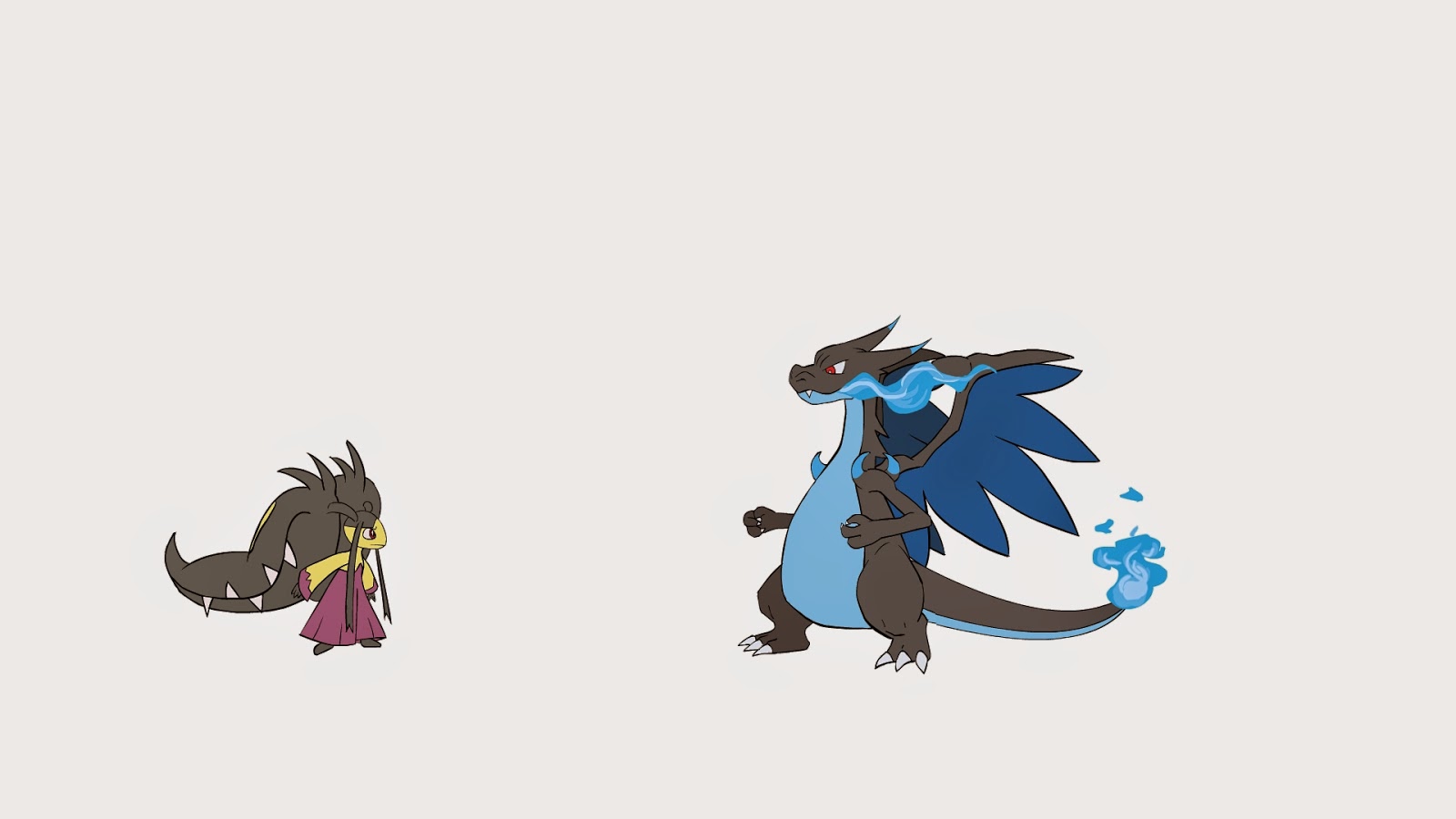 This is what the characters looked like after they were all finished in flash. 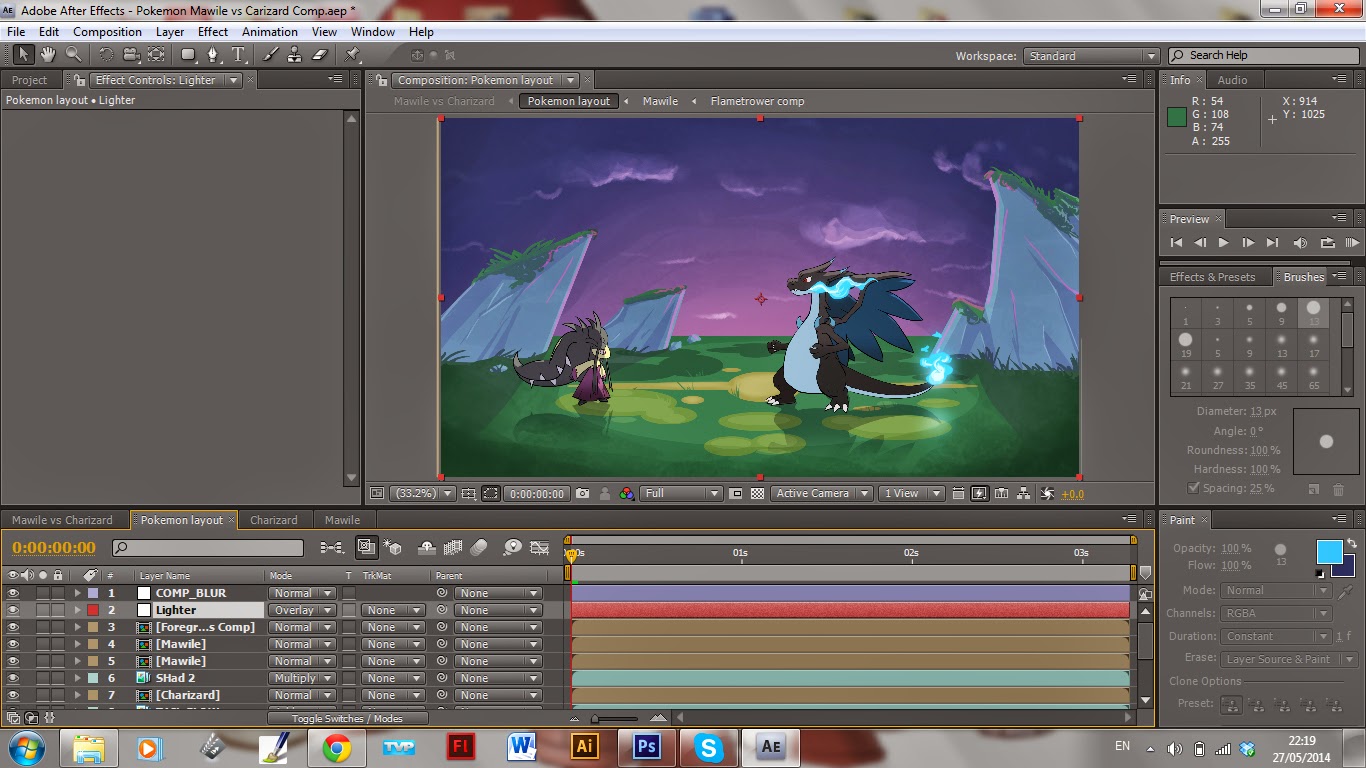 After the animation is done a comp it in after effects.  I dont have a break down because there was just to much to back track. 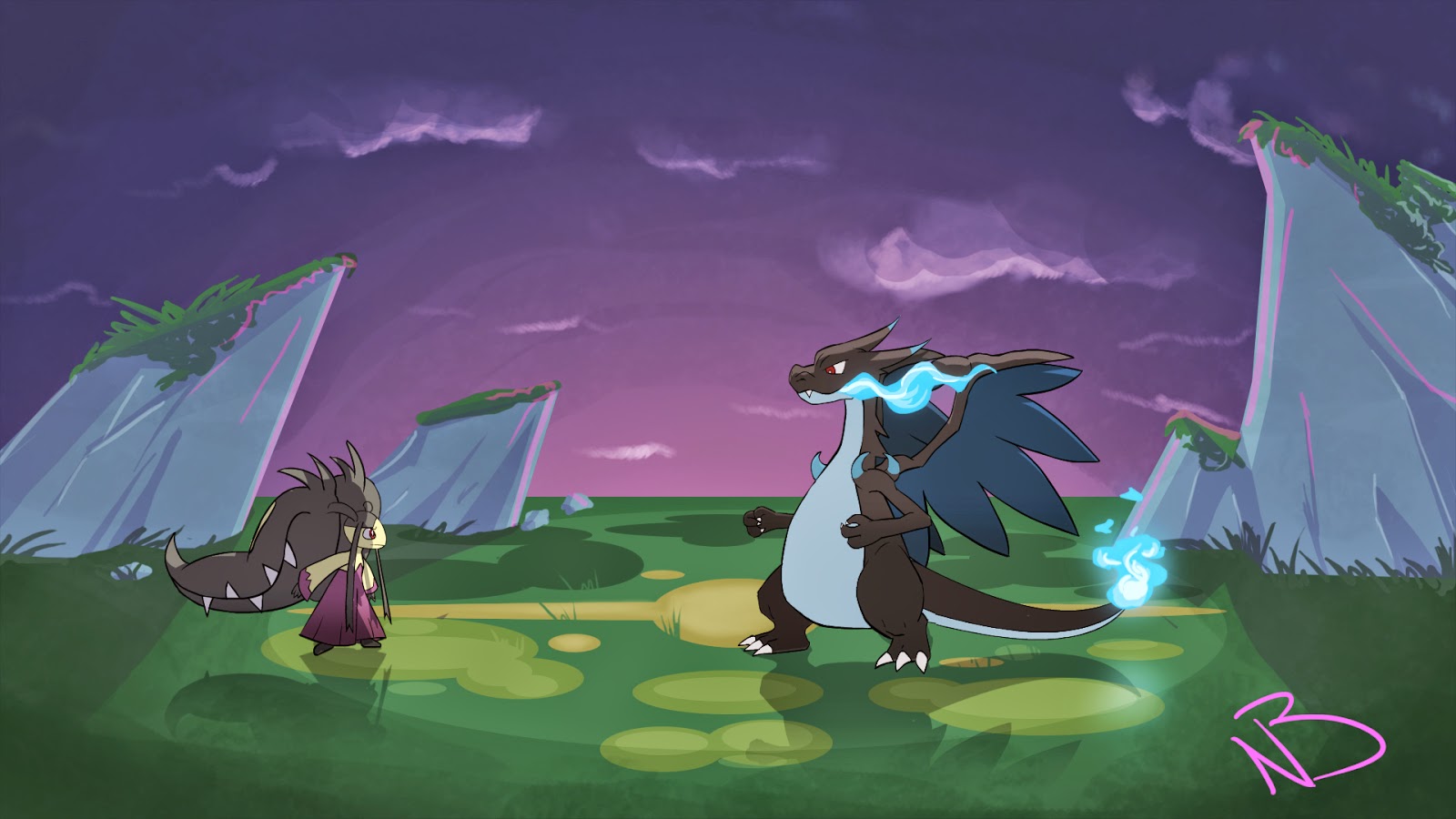 But eventually after all the the extra shading and glow effect are done it looks like this.  The background was done in photoshop and comment if you can see the easter egg lol.

Hope you all enjoyed this.
I will be makeing this into a collection of animation tests with all the megapokemon.  If you like it share it around and comment with possible ideas for another one :).  Also if you want any custom images or comissions send me and email.