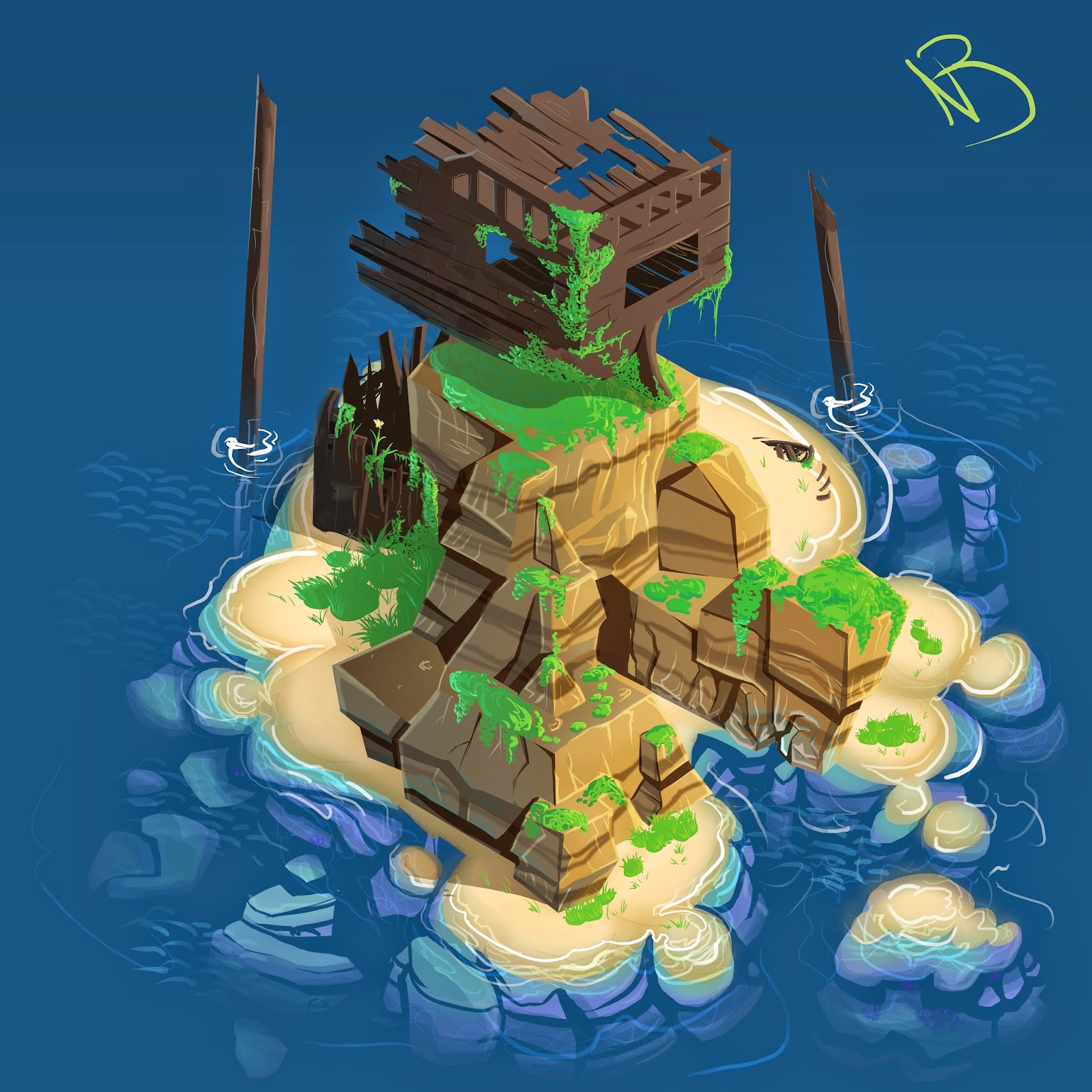 Hey guys here is a new post, this is a concept piece, did a couple of weeks for a game.  The basis is that this is part of a set of islands that are part of a bigger map.  This is a concept for what maybe one of the islands might look like.  It has Isometric perspective and I used a slightly different process than I usually do.

I started with a rough sketch on the image and I brought it into flash. (my illustrator wont work on my computer...)  I broke up the image to many different shapes and exported them as PNG files and the colored and painted them in Photoshop.

The Lighting was broken up with dark shad on the left and sun on the right, I also had the rocks under the water which were very difficult to paint.  I was really trying to create the illusion the the rocks under the water and the blend between the sand and the waves on top.  If I had more time  I probably would have made the sun light more contrasting and added more to the pirate ship on top on the rock, and a little more texture to.

Let me know what you think and thanks for checking it out.