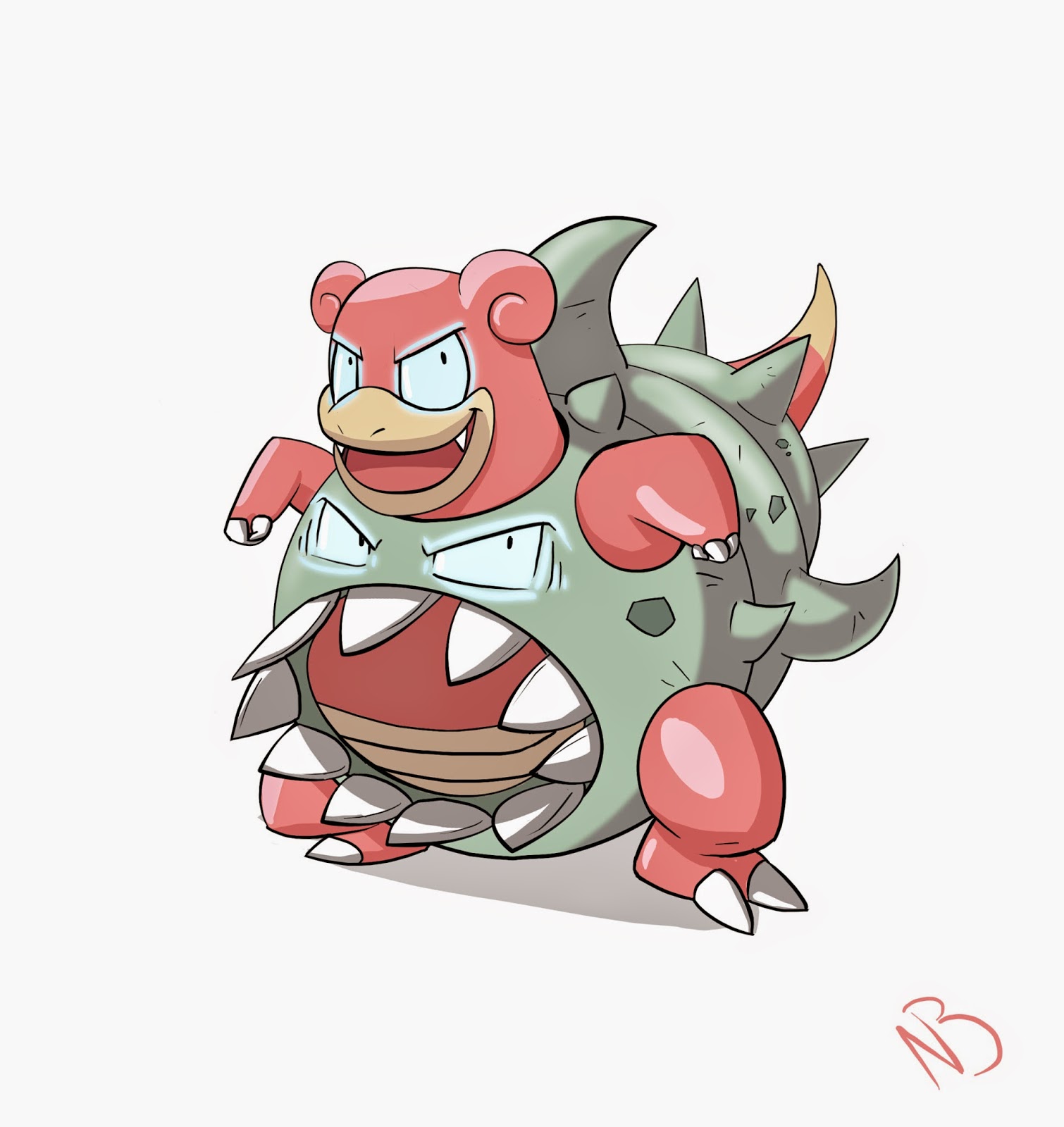 Hey guys and gals sorry for the lack of update but I've been working on some secret projects.  But anyway this is something that I need to address the moment it was leaked.   Pokemon started releasing a new Mega-evolution for pokemon already introduced in to the game.  There ment to be have a slightly different design and better stats for the competitive game.  All of the new designs so far have been more or less intimidating by comparison to there previous forms.  Until mega Slowbro came out.  His design looks silly and he looks like an ice cream cone standing like a spinning top.  So I redesigned him to be more suited to the other mega pokemon.  I designed him so that it looks like the shell tried to swallow from behind and then slowbro punch out is arms and legs, and now slowbro has a fully armoured torso and it looks like the slowbro and shelder are one pokemon as a whole instead of two seperate pokemon. Sorry if this sounds like a rant but I love all the other new mega designs but slowbro deserves a better mega form. 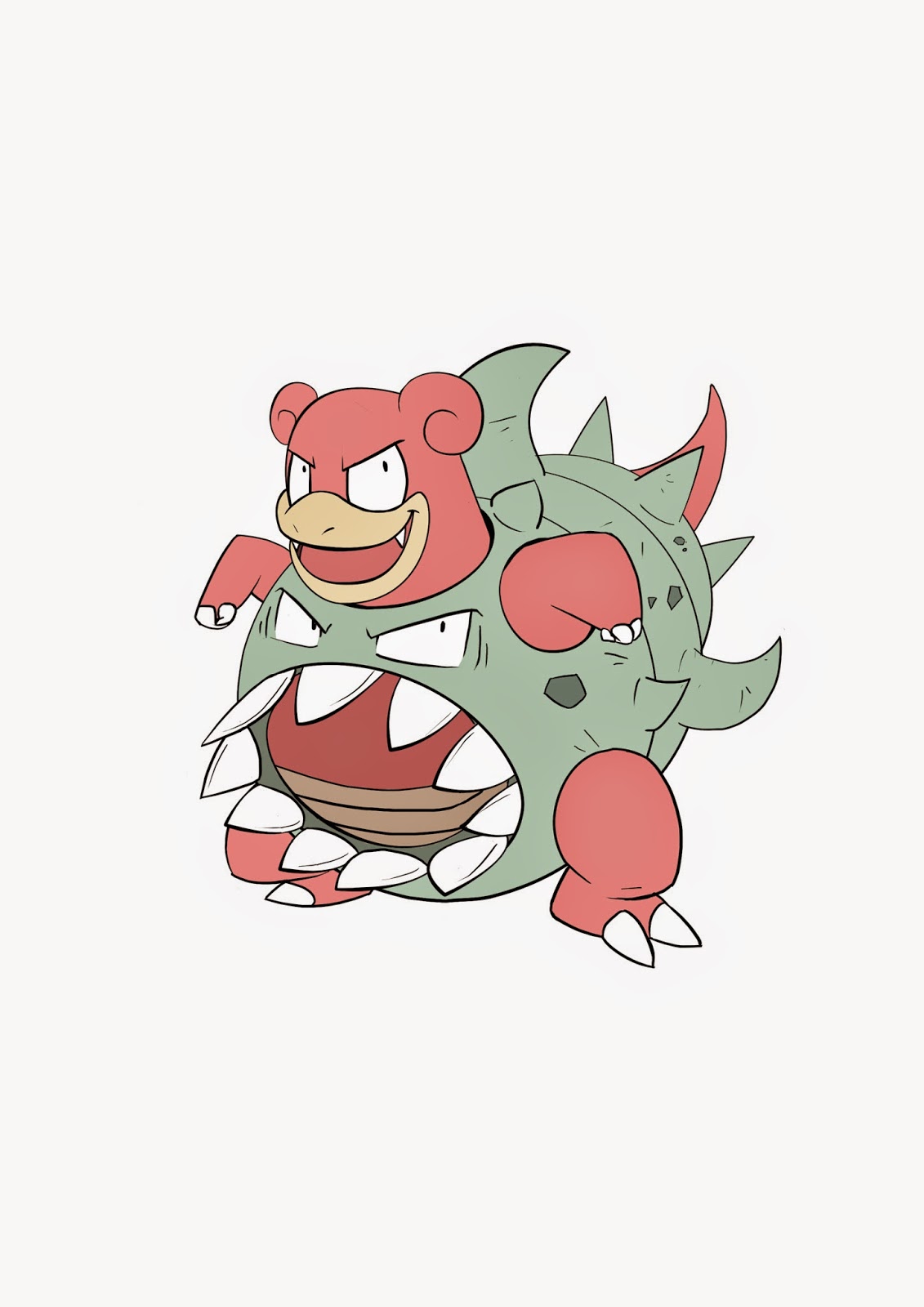 This is the flat line and color no shading. 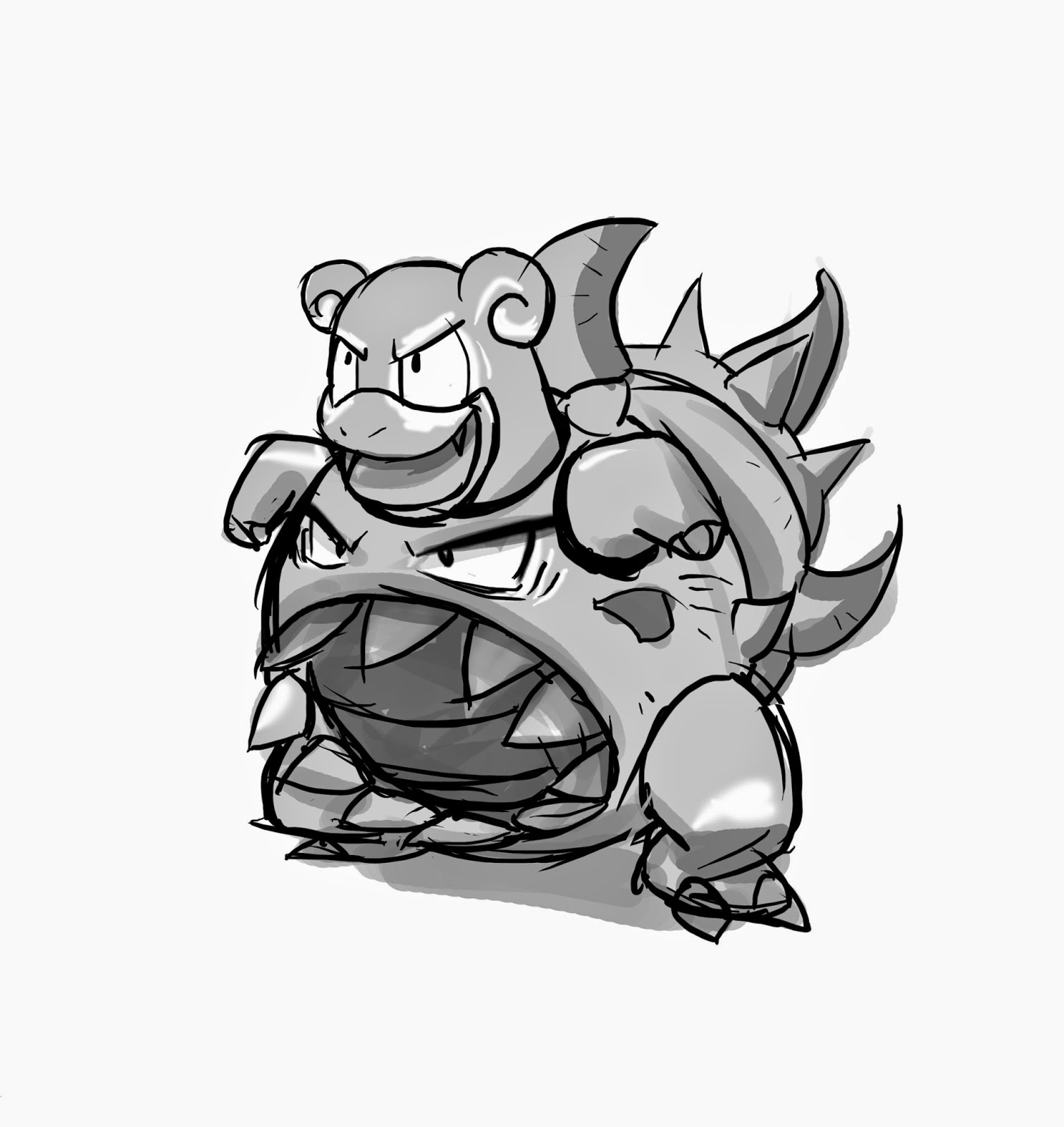 And this is the rough sketch.  If you like my redesign please share it around please.
Posted by Niall Byrne at 13:03:00

really awesome, looked great from start to finish. Are you experimenting with different ways of using line? Looks good!

Yes was using diffrent variation in the sizes of the brushes to try and replicate how the real 2D pokemon drawings look :)