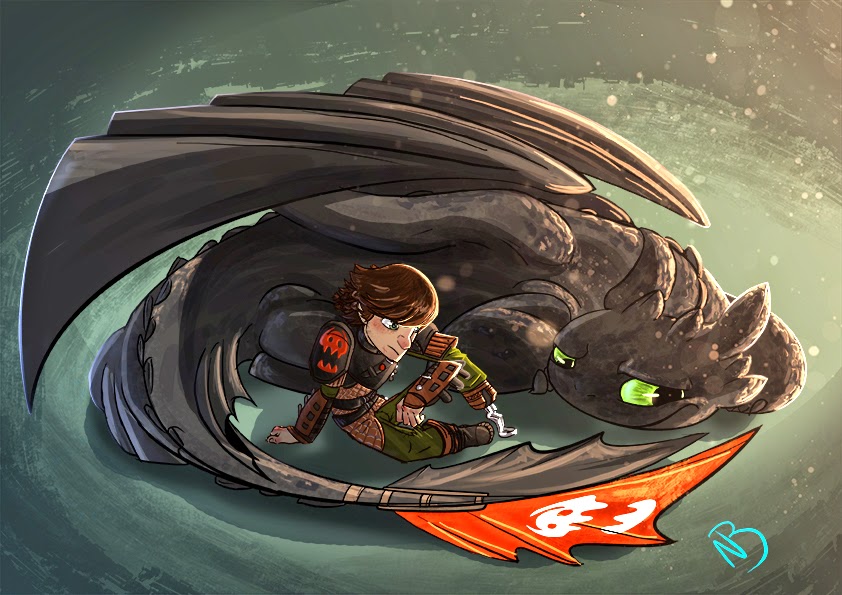 Hey guys and gals,  This this is my illustration for the Animation Art show 2014.  The animation art show is an annual exhibition and auction that takes place in Dublin in aid of Irish children's charities.  I donated the first ever print to the Animation Art show first So that it could make as much money for charity as possible, and thank you to everyone who bid on it.  Here is a link down below.

The piece I gave is an original Digital Painting of  "How to Train Your Dragon 2"  I love this Film and I believe its one of the best animated films this year.  Everything in this movie moved me so this is more or less a tribute to the movie. 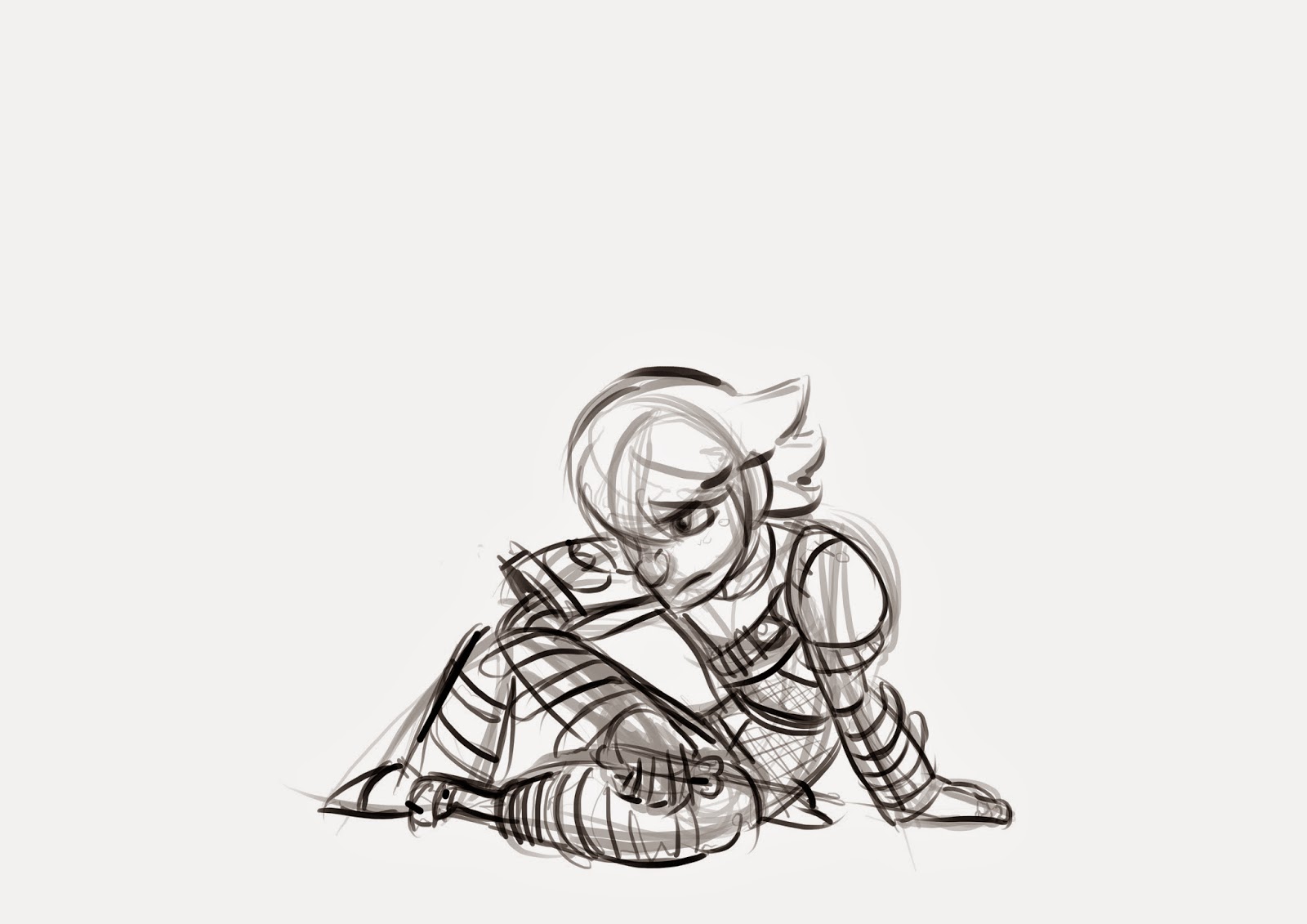 I Started of with this original Sketch of just Hiccup, but I felt this wasn't strong enough by itself. 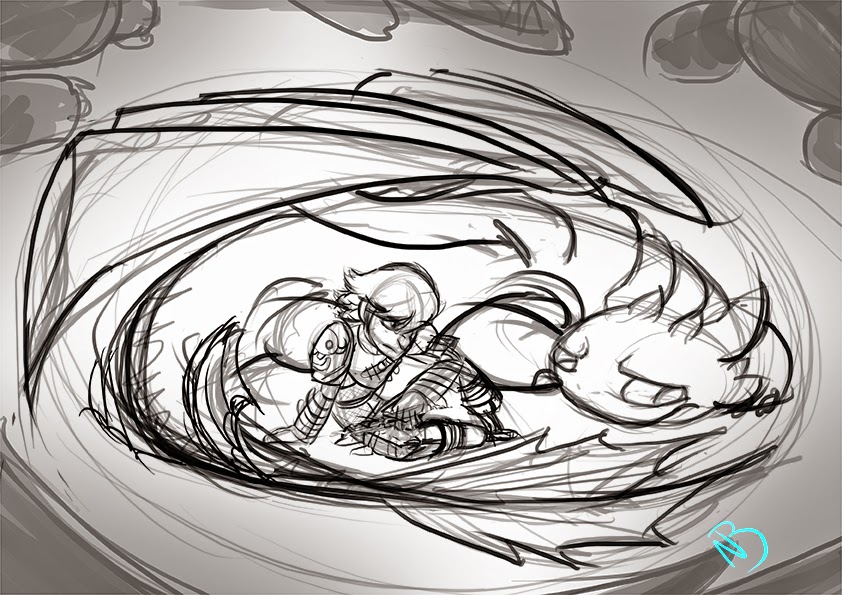 So I added Toothless and swapped Hiccup around and altered his clothes to be on the right side. 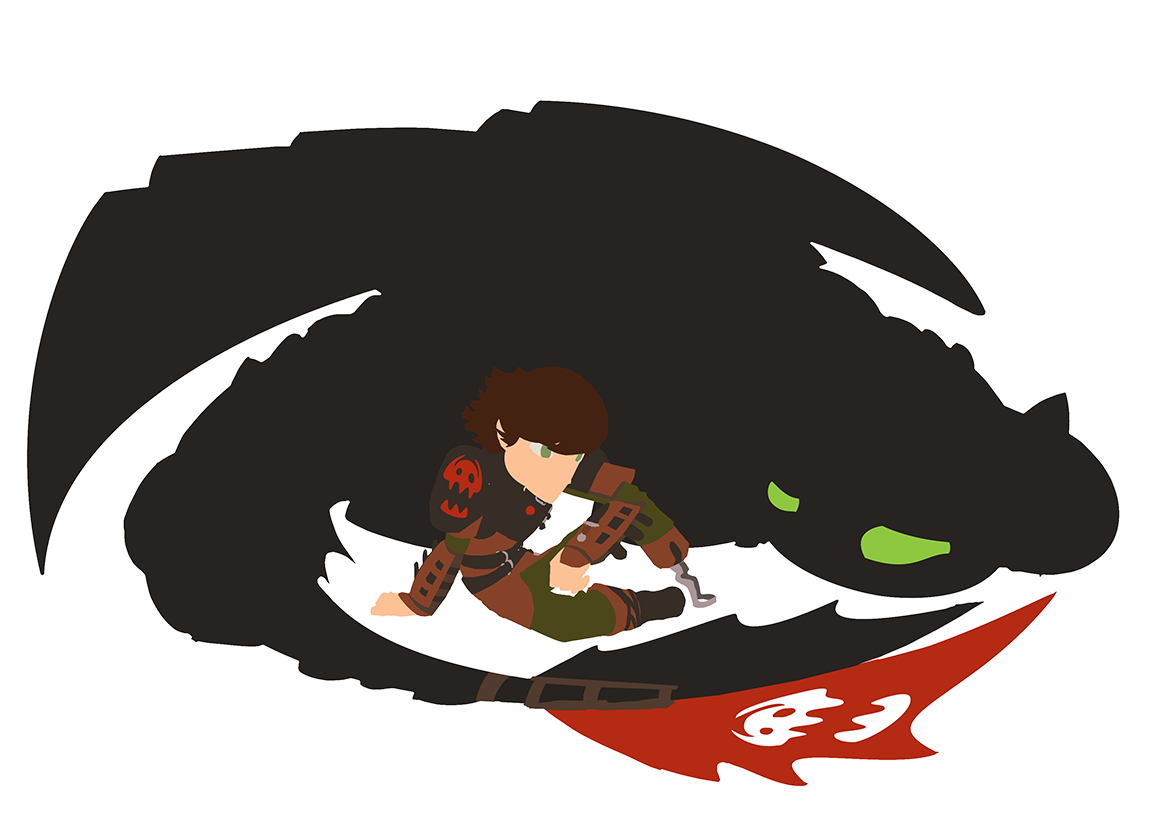 I then did the outline and started coloring.  but I took special attention  to the flat coloring of the characters so the flat color stands on its own as a piece.

Once all the flat tone was done I went in to each of the characters and painted in the different areas of  leather, clothe, scales and hair to make it look like the texture of the characters in the movie right down to the blush and freckles on his face. I also added to a contrasting light and and color to ad some atomshpere. 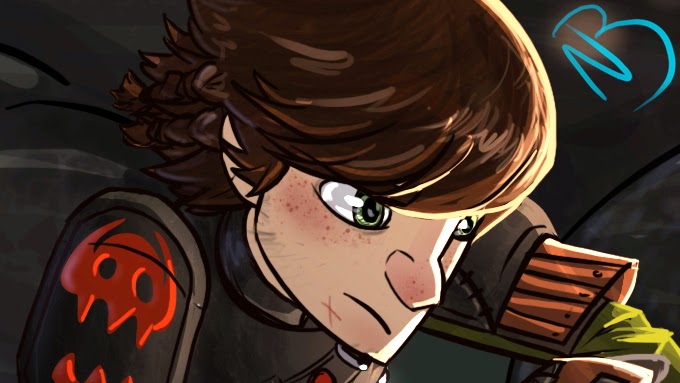 Hiccup has multiple different painter textures for his costume and face. 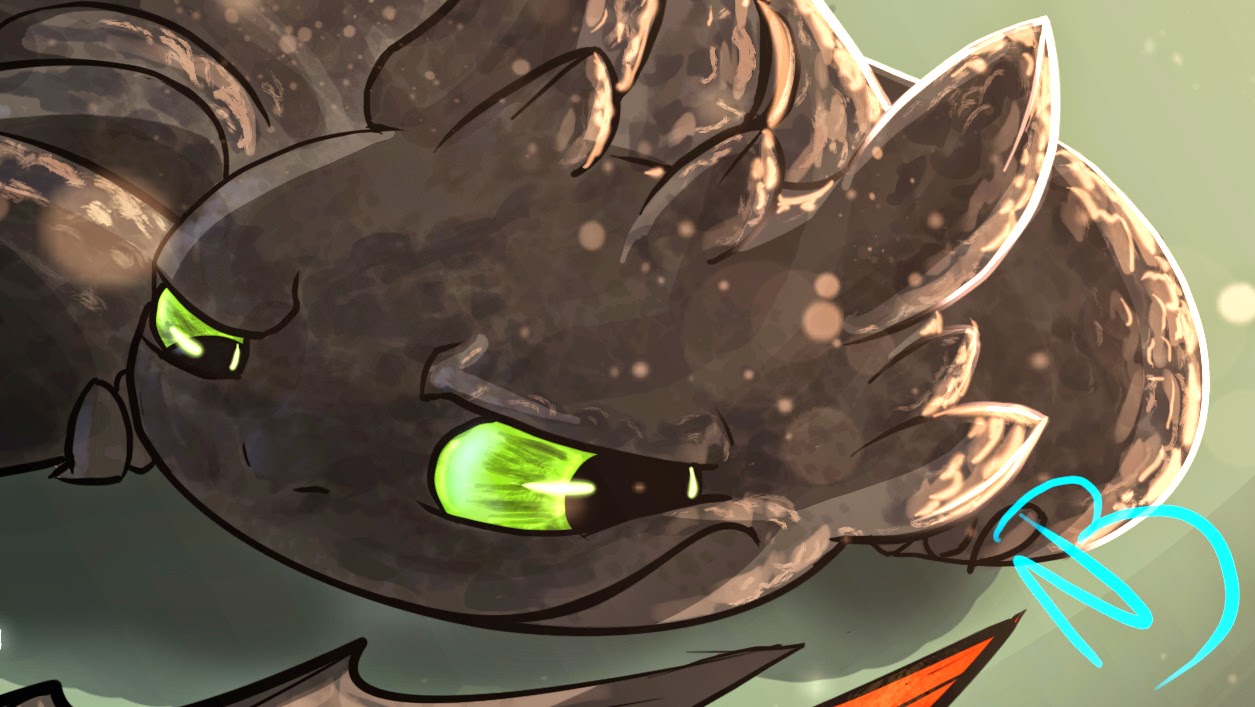 Toothless took the longest as I was experimenting with many different brushes to recreate his scales
Here are a couple of Zooms the Characters.

Anyway I hope you enjoyed this breakdown.

if you want a print of the High Resolution of the Illustration follow the link below.