We Love Foxy and Mangle 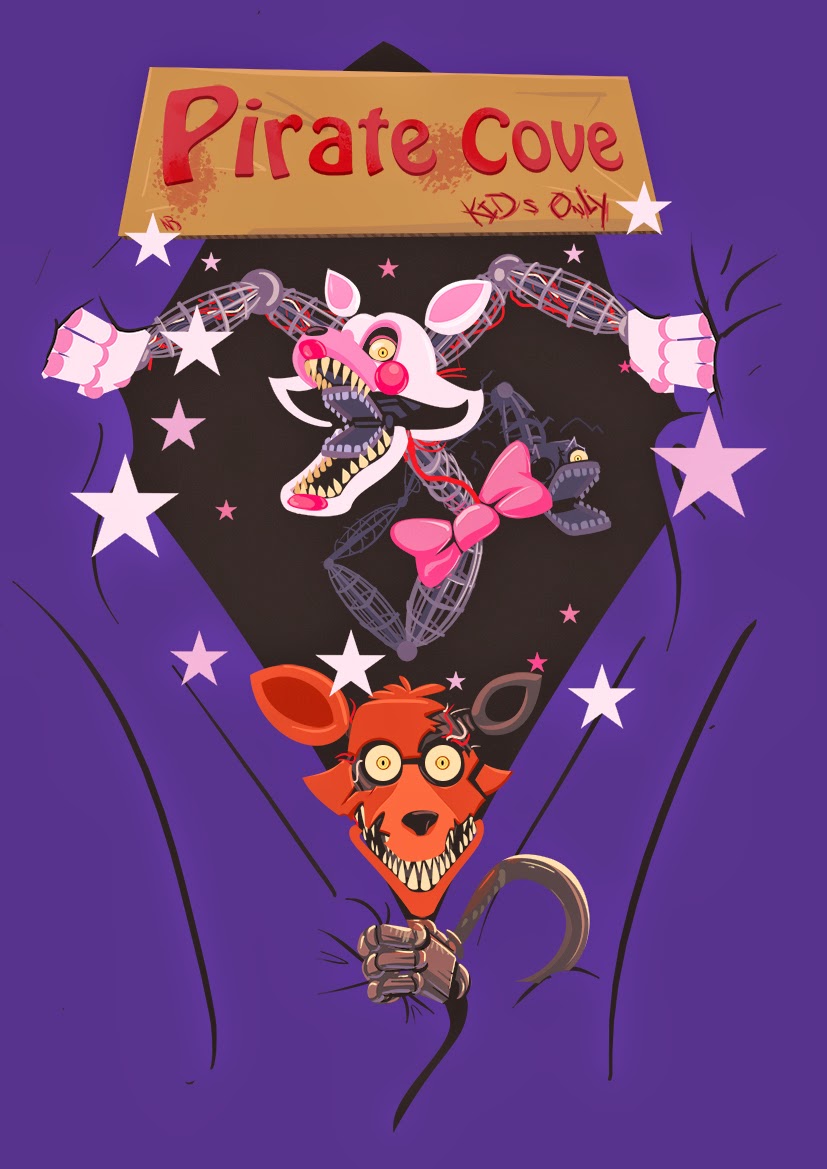 Hey Guys and Gals here is another Five Nights at Freddy's illustration.  This time I chose the 2 characters who have caused me the most unexpected deaths and jumps out of all the characters.
I used the designs from the second game for foxy because I find him a lot more intimidating.

In the begining I started straight into photoshop once I had an idea in my head for the composition.  I used the default brush and worked lightly working out the shape and deisgn so the match the characters in the game. 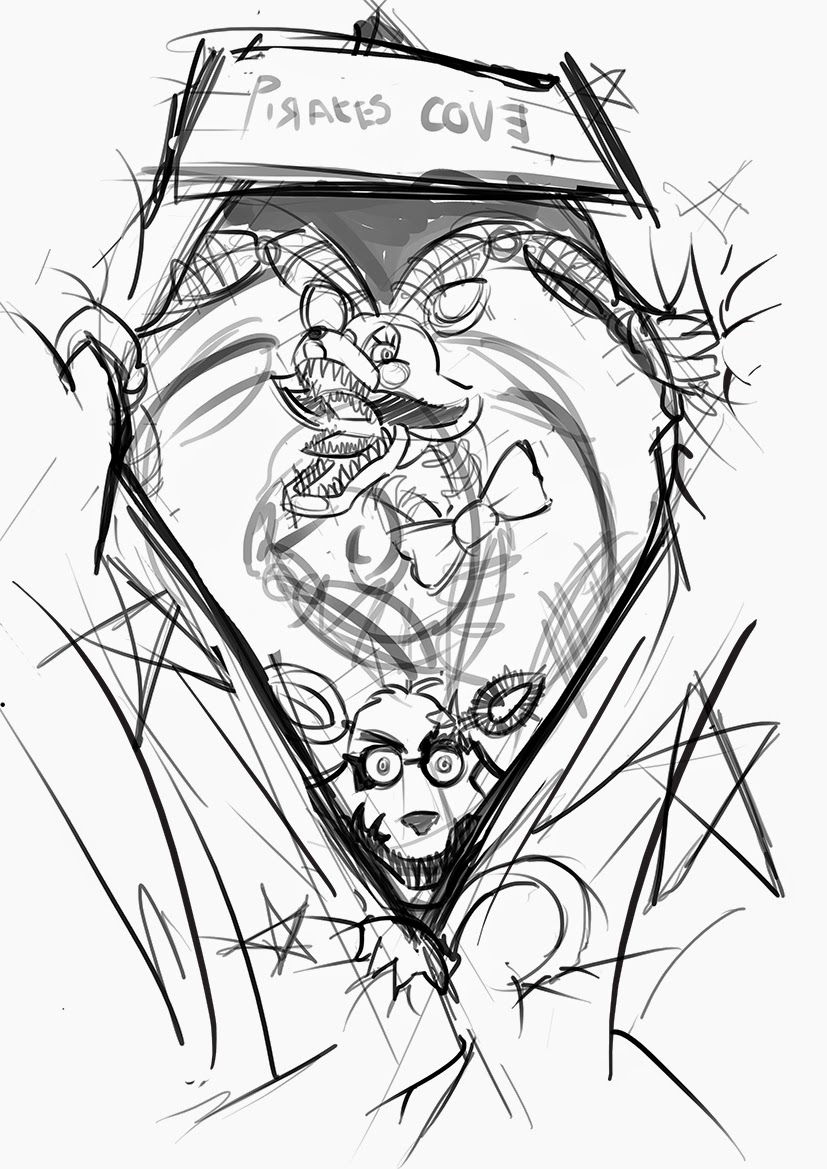 after the rough version is done I had everything I wanted I started making the shapes of the hears and the black whole as if the 2 characters are behind the curtains of Pirates Cove.  using the pen tool. 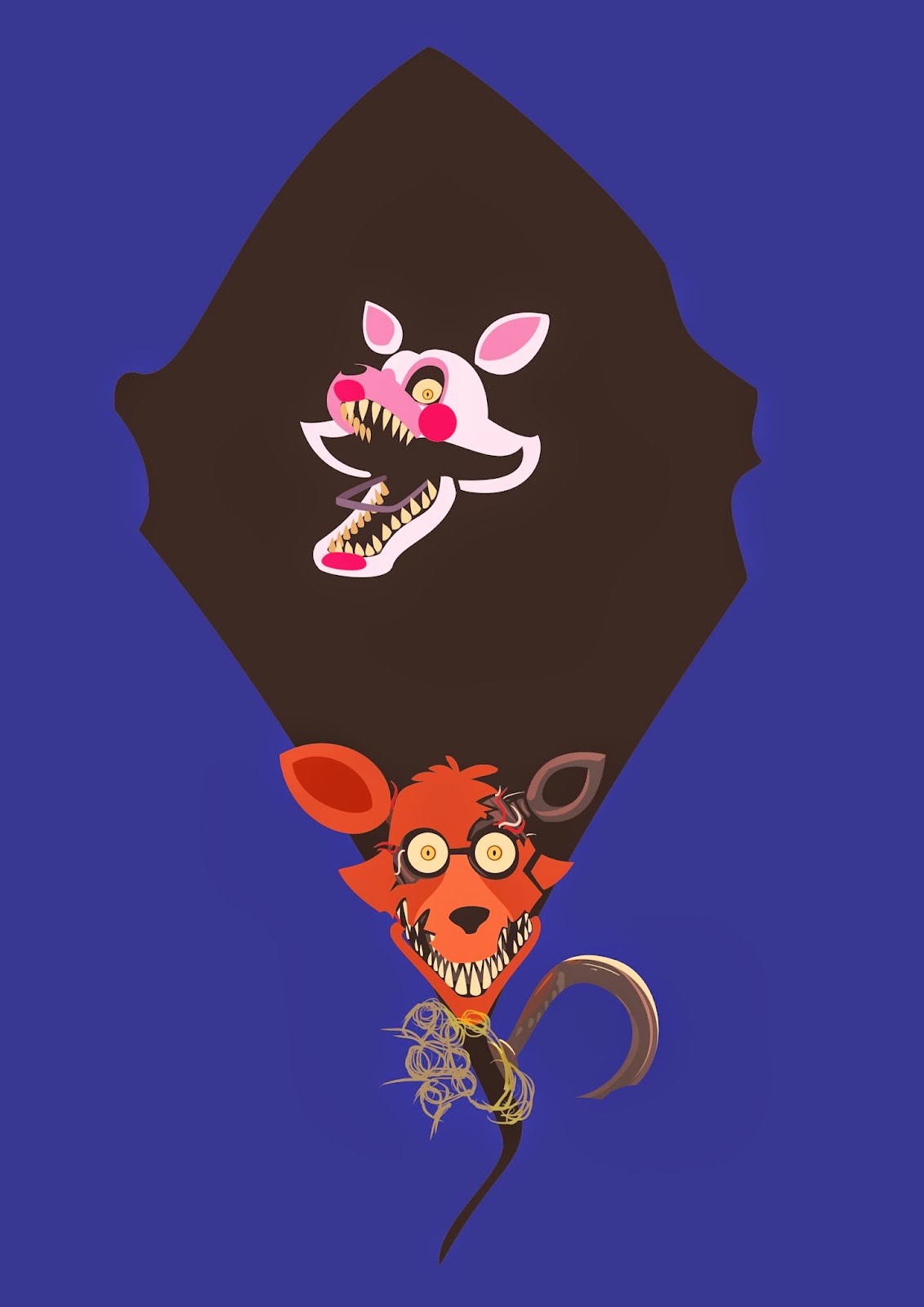 The characters faces are very detailed and complex so I constantly was altering the heads to get them as close as possible to characters.  Once the I finished all the parts I added smaller details like shading and highlights.  also the layers began to become huge and I turned a lot of the layers into smart objects.  The smart objects act kinda like a symbol does in flash.  I can open up the object in another file and edit the layers inside the smart object but in the out site image there is only one layer.

And this is the end of the illustration.  Thanks again for  looking at the blog if you like it share it around and check out my other work there will be more comming soon.

(also check out the new Five Nights at Freddys's 3 game released on steam.)