Hey guys and gals belated happy Easter,  This is another illustration of the Five Nights at Freddy's characters.  This time it is all the different designs of Chica the Chicken.  I really like the designs from each game and how each one is drastically different to the last.  If you Like the image and want if for yourself check out the links :) 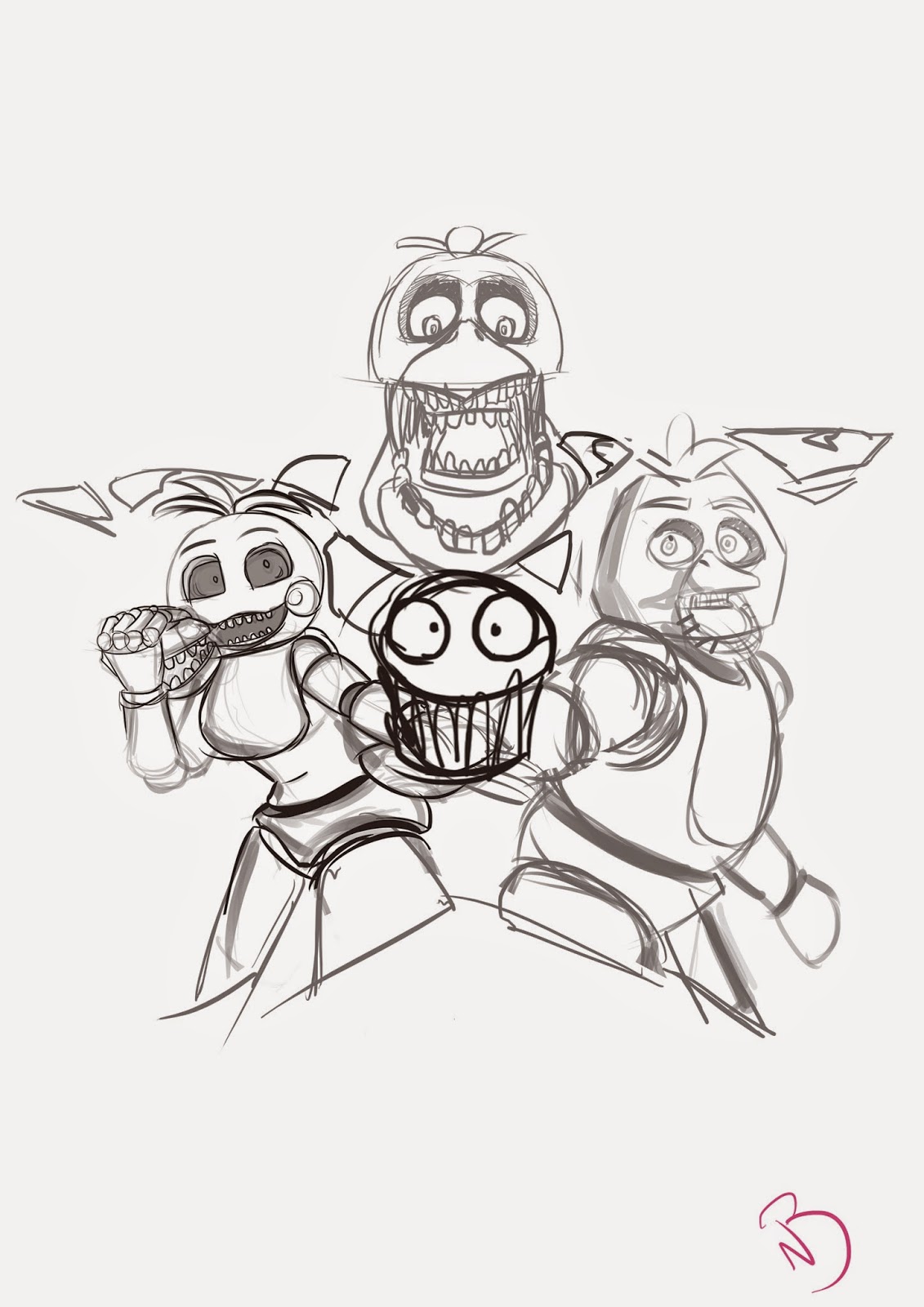 I started with the rough version using reference images from the game.  I had a number of different designs done but this one was much better than the others. 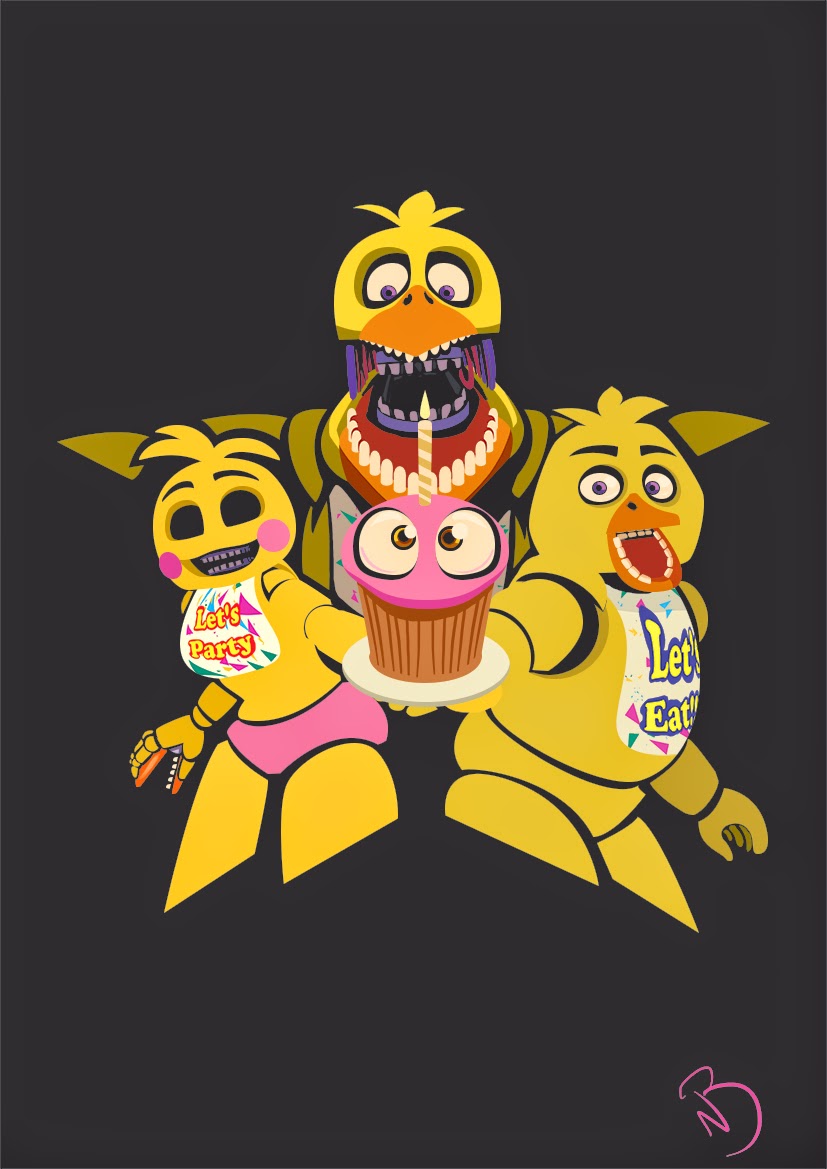 I broke up the characters completely into shapes and worked on trying to get the proportions correct.
the biggest problem I had was the middle versions inside mouth, since it was a front on shot.

Once that was done I added the shading and highlights to that characters.
Here is also a close up of the illustration. 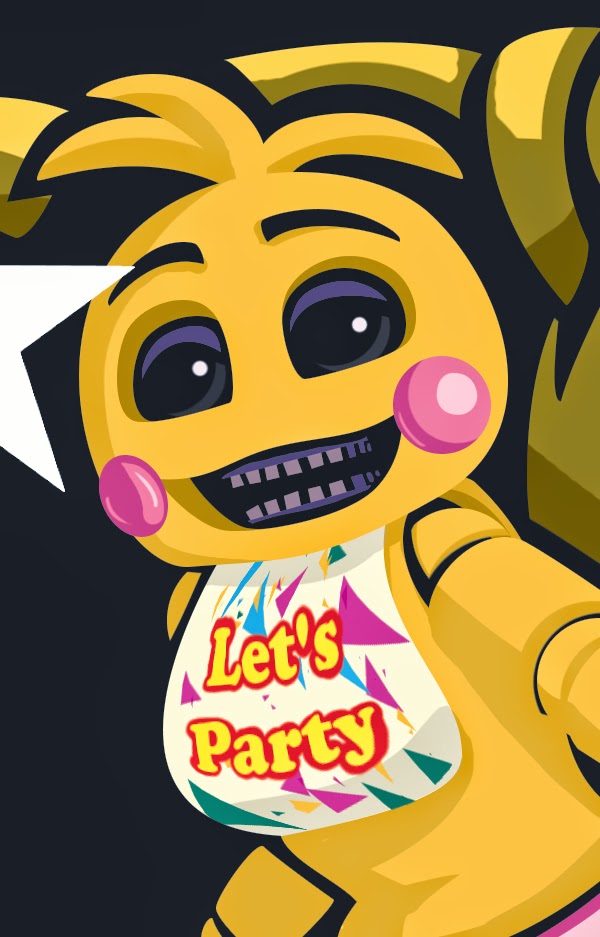 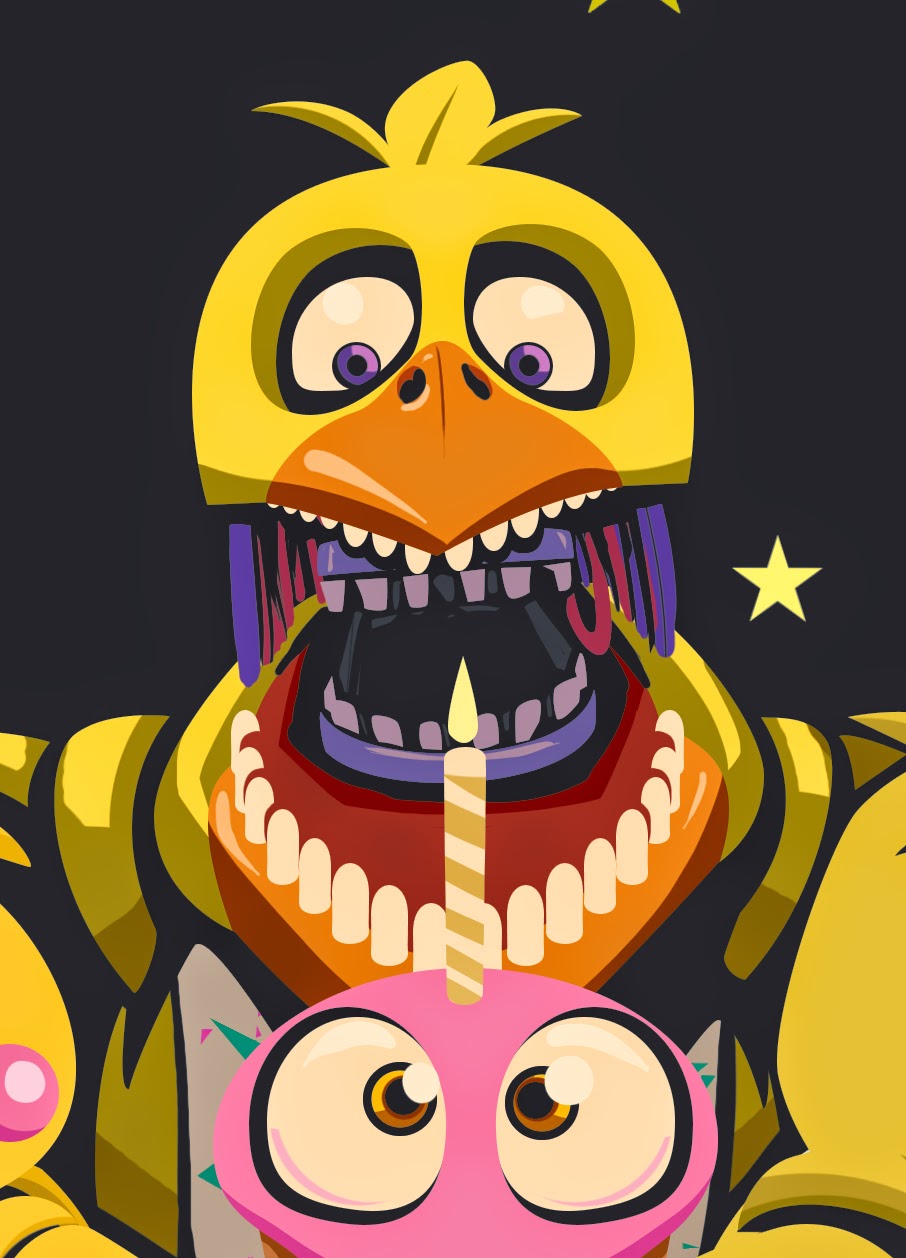 http://madmanwithagraphicstablet.tumblr.com/
﻿
﻿
Posted by Niall Byrne at 06:15:00