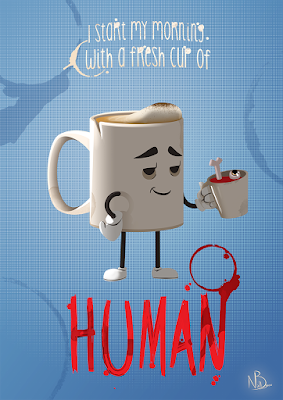 Hey Guys and Gals.  Its been a while, I have been busy with work and a personal secret project.  but I finally got some free time so a made this illustration of a mug drink a fresh cup of HUMAN! I have been drink a lot of fraps recently and I'm sure a lot of people need that morning coffee or tea.  well so do the mugs and cups lol.  if you want a copy of this for yourself follow the links below please ;)

Now lets get to the break down. 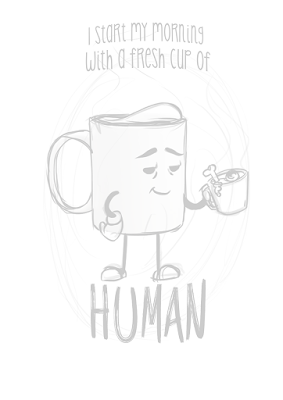 Here is the rough version of the image,  I went through a few different versions of the image, couple of them had the cup with a human cartoon body, which didn't make sense.  I used the default brush in photoshop and just made a rough sketch. 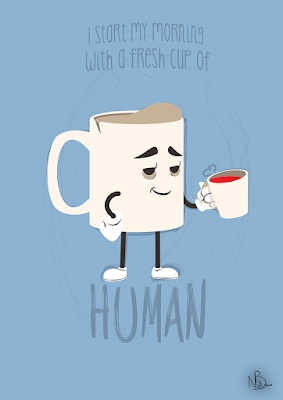 After the rough I worked on building up all the shapes of the character with a little bit of shade here and there, mostly flat. 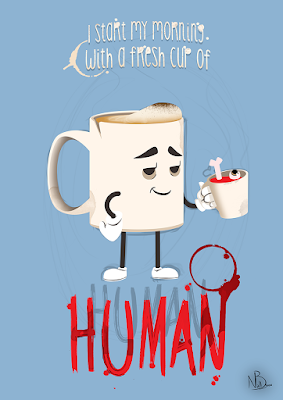 Once all the shapes were done I started adding a little bit of texture to the cup and the milk foam on top of the mug, so he's not so clean and give it more character.  I also added the proper text and added a little bit extra texture to make it stand out.  I really wanted the word human to pop so I made it bigger and a really vibrant red, Same as the blood in the cup its holding. 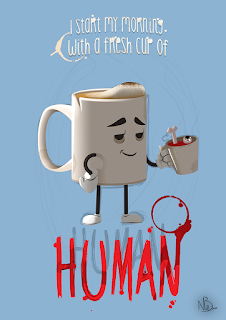 After the texturing and text were finished up I worked on the a little shading so the character isn't so flat.  I started with an over all light, and used the eraser tool to remove the shad around the top of the mug and I added a little bit of pure white highlights for that little extra pop.

anyway thanks so much for checking out the break down, if you wanna see more check out my links below, I usually post there first. ;)

Thanks so much again, see you next time.